You can Buy Tesla shares online in three easy steps:

In the following sections, we will explain the process to buy Tesla shares with credit card or debit card in greater detail. 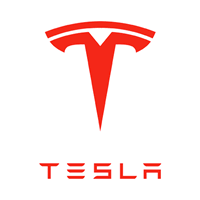 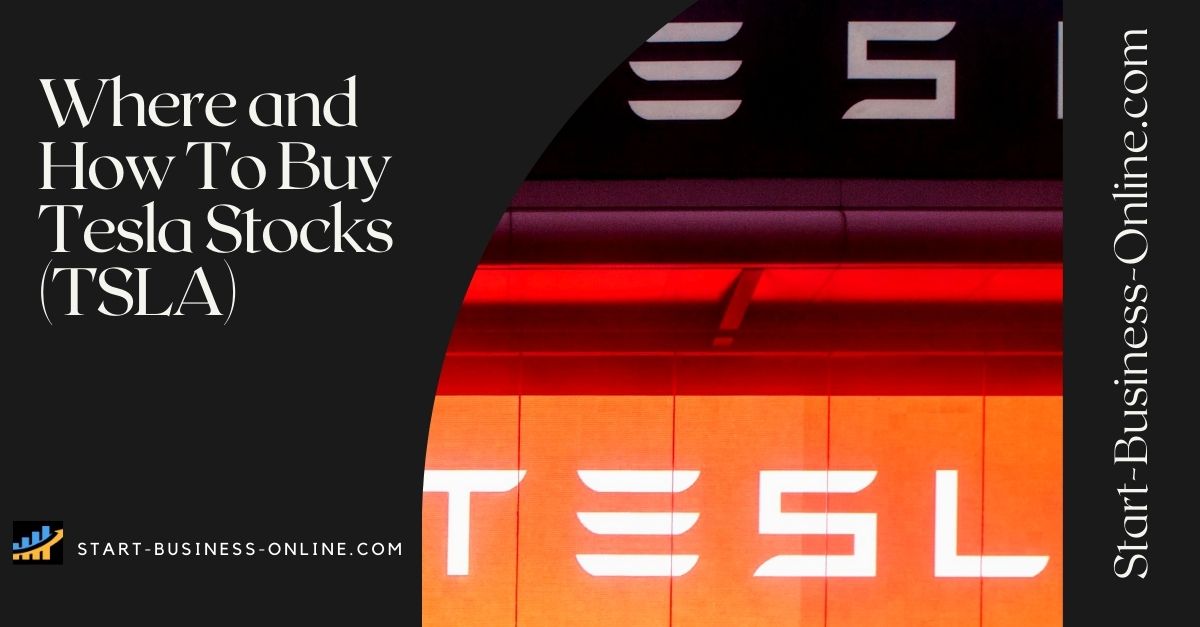 The Tesla stock is without a doubt one of the hottest and most sought-after share in the market as it scored an impressive increase of 695% in 2020. Though this was followed by a pullback for the price of the car manufacturer in early 2021, this is perhaps exactly the opportunity for interested buyers to delve in, especially since, despite the pandemic, the company has achieved 5 consecutive profitable quarters, while it is planning to increase its deliveries by 50% and expect an equal hike in their annual growth.

As Tesla is the global leader and the top pioneer in electric vehicles, leaving its competitors trailing behind and trying to catch up, while it has recently also invested big in cryptocurrencies and especially Bitcoin in a move that meant a return of 80% in only 2 months. Moreover, following a five-for-one stock split in late 2020, Tesla shares are now more affordable than ever for everyday investors.

The Benefits of Tesla stocks investment

Since Tesla’s stock price often experiences high volatility, this allows investors to be able to have a chance to grab their share without blowing away all their funds, and having such an opportunity is clearly seen as an advantage by many.

Another pro for Tesla is Elon Musk’s personal success, since his net worth was increased by more than $140 billion, largely due to a 650% rise in TSLA stock.

Since Ford way back in 1956, Tesla is the first automobile company to go public and its market capitalization is bigger than that of General Motors and Ford combined, which is testament to its size and dominance. Moreover, Tesla is a true pioneer and champion of innovation, always at the cutting edge of technology, ranging from self-driving cars to home solutions that promote sustainability and energy efficiency.

A final strong point is the resilience shown by Tesla during the pandemic, despite of which it managed to manufacture and deliver a record number of electrical vehicles, although the world was hit by economic recession. In addition, and thanks to a new manufacturing plant in Shanghai China, Tesla’s future prospects in terms of output seem positive and promising.

The fact that Tesla stocks do not pay dividends to investors might put off many from investing in this particular stock. Moreover, the great volatility in stock value and its frequent fluctuations may lead many investors, especially those with very low risk tolerance to keep away. Perhaps the most problematic aspect of investing in Tesla however, is the eccentric and even often erratic behaviour of its CEO Elon Musk, who is often criticised both for his personal views expressed on social media, his personal life and his actions which directly impact the value of Tesla’s stock. To attempt to mitigate this problem, a supervising board has even been appointed to monitor Musk’s behavior. 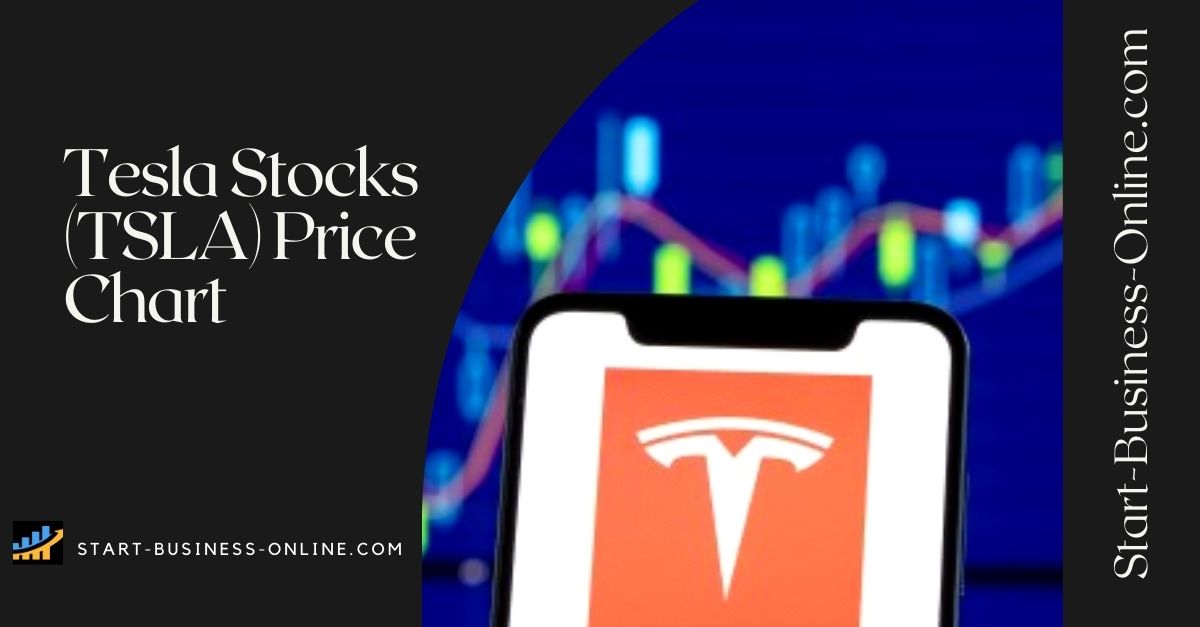 At the time of its IPO in 2010, Tesla offered 13.3 million shares at $17 per share, while currently its shares are trading for more than $580 per share. As impressive as this ROI may appear the road so far has been bumpy and Tesla was under fire either for missing deadlines as a manufacturer, or for comments made by its controversial CEO Elon Musk, which often led many expert traders to criticise Tesla’s valuation and urge investors to short its stock.

This being said Tesla’s market capitalization of around $800 billion still earns it the title of the world's largest automaker by value. In fact, due to its dominance in the US market and pioneering the field of electric and low emission vehicles, Tesla’s capitalization is bigger than that of its 3 largest competitors combined, although they too have started launching their own environmentally friendly models.

Tesla's inclusion in the S&P 500 on December 21, 2020 was definitely the year’s highlight for the company, which earned its index inclusion following a 700% increase in its share price and the reporting of four consecutive profitable quarters.

Since then, Tesla went on to announce a total revenue growth of 46% year on year, while adjusted share earnings stood at 80 cents per share, shorter than the predictions of analysts, but still enough for Tesla to keep its six consecutive quarter in profit.

* The prediction figures outline some of the Potential high and low of Tesla shares price prediction forecasts for the years 2021, 2022, and 2025 based on the data collected from various sources meant strictly for educational purposes only and not taken as investment advice.

By the end of the year 2021, using forecast and algorithmic analysis, our price prediction forecasts suggest that one Tesla share will reach an average price of $646.78, which will be an impressive 307% growth from it's current market price.

By the end of the year 2022, our price prediction forecasts suggest that one Tesla share will reach an average price of $795.98, which will be an impressive 378% growth from it's current market price.

By the end of the year 2025, our price prediction forecast suggests that one Tesla share will reach an average price of $1, which will be an impressive 0% growth from it's current market price.

Where Can You Buy Tesla stocks

There are several online sites and platforms where people from across the globe can buy Tesla at good exchange rates and with low or no transaction fees. To aid your quest we have comprised a list of some of the most popular methods and platforms to buy Tesla from and your strongly advised to consult this list before making your first purchase of or investment in Tesla.

How Can You Buy Tesla stocks

Risks of Investing in Tesla stocks

There is no guarantee that you will make a profit when you invest in Tesla. However, to give yourself the best chance possible we have hand-picked the three most valuable such strategies, which you can find below: 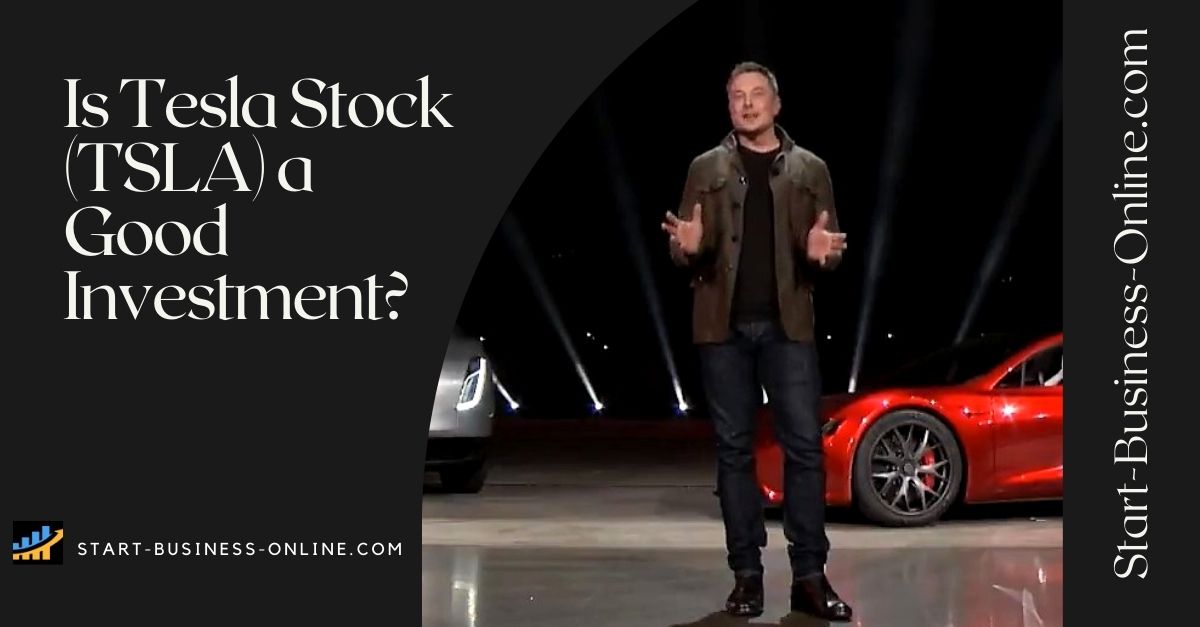 The value of Tesla’s stock in five years’ time is really difficult to predict, especially given the high volatility it often records. However, when attempting to decide whether to add Tesla to your investment portfolio, keep in mind that currently, even its CEO has admitted that its price is overvalued and thus too expensive to buy at the moment. Those investors really wanting to buy Tesla shares should perhaps hold their horses for a while and wait for it to hit a better price point. As for its future, and though it does look promising, it is highly uncertain that Tesla will continue to be achieving the supercharged growth it has done in the past.

In this guide, the aim wasn’t only to answer simple questions like “how to buy Tesla ?” or “where to buy Tesla ?”. Instead, the goal was to equip you with the relevant knowledge and insight to be able to see and understand the bigger picture as well as make your Tesla investment journey as successful and as profitable as possible!

What is the best way to buy Tesla stocks?

What is Tesla shares price prediction for the year 2021?

What will be the Tesla shares price prediction for 2022?

Yes, the price of Tesla can reach $1000. If the stock market rebounds and Tesla shares reaches new highs, there is potential for it to reach the $1000 level later this decade, according to some forecasts. But if Tesla shares that are currently at $210.10 with a daily trading volume of $96507870 is unable to break through resistance it could retreat and fail to meet that level.
By trading with securities you are taking a high degree of risk. You can lose all of your invested money. You should start trading only if you are aware of this risk. All the opinions expressed on our site by individual author is solely their own and does necessarily represent or correspond to the views of the site’s management. No information or opinion contained on this site should be taken as a solicitation or offer to buy or sell any currency, equity or other financial instruments or services.