You can Buy Apple shares online in three easy steps:

In the following sections, we will explain the process to buy Apple shares with credit card or debit card in greater detail. 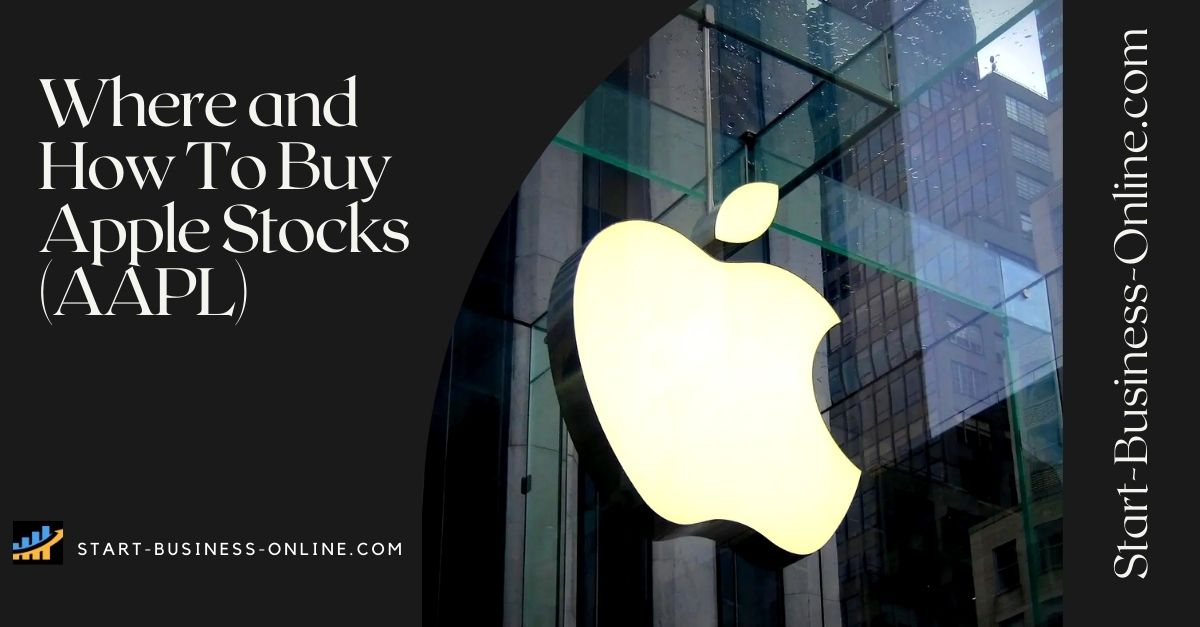 Apple holds the impressive record of being the first publicly traded U.S. company to be worth $1 trillion in value, and with nearly two-thirds of Americans owning at least one of its products, it is no surprise that that the Apple stock is very popular and desirable amongst investors.

What made the Apple stock even more appealing for investors, was a stock split in August 2020, which meant that the stock became less expensive to buy. The split brought the Apple stock price down by nearly four times, from $499.23 at the close of August 28, 2020, to $127.58 at the opening on August 31.

Despite currently being more affordable for new investors then, whether the Apple stock truly merits a place in your own investment portfolio depends on the research and analysis you will perform and your own specific investment goals.

The Apple stock’s symbol in the market is AAPL. Apple is a long-established company and its IPO took place back in December 1980, at a price of $22 a share, while it should also be noted that Apple pays an annual dividend of $3.08 per share.

Just because you know of and about Apple as a company and perhaps owning and using its products, doesn’t mean you also know it as investor. In order to evaluate it from an investor’s perspective, you should engage in both quantitative research about Apple, learning the numbers pertaining to its company revenue, net income and earnings, as well as qualitative research, during which you will evaluate Apple’s management and strategies, as well as its competitors.

To facilitate your research, you can consult Apple's annual and quarterly reports, where you can obtain important information about its operations, as well as its financial results, sources of income and expenses. If you are primarily attracted to the Apple stock because of its high dividend, make sure you study its dividend yield and growth rate carefully, paying particular attention to Apple’s price-to-earnings ratio. These useful reports are easily accessible since they are available on Apple's investor relations website. Moreover, you can find relevant and useful information about Apple on independent stock investment analysis sites.

The Benefits of Apple stocks investment

Apple investors may look forward to a number of future technological developments as possible growth boosters for the stock, such as for example the upcoming growth of 5G technology. Being prepared for this, Apple has already invested more than $1 billion in manufacturing 5G-capable microchips, while it has also announced plans for its iPhone to be supporting 5G speeds in the foreseeable future.

Moreover, Apple stock prices are often driven upwards with almost every announcement of the release of new products or models, since new features and technological advancements always create a euphoria for investors.

Even the most enthusiastic Apple investors have come to realize that the dominance of the iPhone in the smartphone market is now a thing of the past, since following a persistent downfall in sales, it now makes up less than 50% of new phone sales. Though Apple’s big market share is not currently viewed as being under immediate threat, it is true that an increasing number of consumers are now switching to Android models, while there is also stiff competition from newly emerged Chinese tech companies, such as Huawei.

Being a well-known multinational technology company, Apple is primarily engaged in the development, production and promotion of a wide range of consumer electronics, which are hugely popular with consumers around the world due to their appealing design and their unique operating system. Apple boasts a wide range of very popular products, such as the iPhone smartphone, the iPod mp3 and mp4 players and the iMac line of laptops and personal computers. 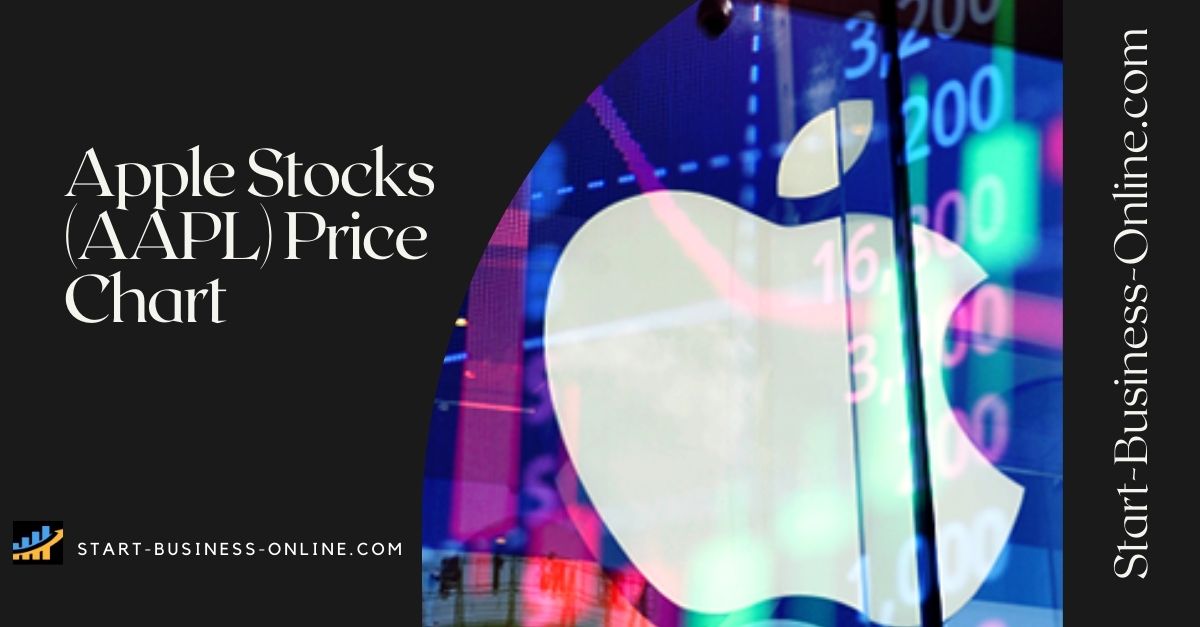 It is clear that an opportunity for interested Apple stock buyers is currently present due to the recent decline in its price. At the time of the share going public back in December 1980, the initial offered price per share was at $22. More recently, and especially since early 2013 the Apple stock price has experienced a period of prolonged steady growth, while it showed resilience and managed to quickly recover from the initial shock caused by the onset of the COVID-19 pandemic, moving from a value of about $62 per share in March 2020 to more than $140 a share in January 2021.

* The prediction figures outline some of the Potential high and low of Apple shares price prediction forecasts for the years 2021, 2022, and 2025 based on the data collected from various sources meant strictly for educational purposes only and not taken as investment advice.

By the end of the year 2021, using forecast and algorithmic analysis, our price prediction forecasts suggest that one Apple share will reach an average price of $143.18, which will be an impressive 100% growth from it's current market price.

By the end of the year 2022, our price prediction forecasts suggest that one Apple share will reach an average price of $181.685, which will be an impressive 127% growth from it's current market price.

By the end of the year 2025, our price prediction forecast suggests that one Apple share will reach an average price of $186.485, which will be an impressive 131% growth from it's current market price.

Where Can You Buy Apple stocks

There are several online sites and platforms where people from across the globe can buy Apple at good exchange rates and with low or no transaction fees. To aid your quest we have comprised a list of some of the most popular methods and platforms to buy Apple from and your strongly advised to consult this list before making your first purchase of or investment in Apple.

How Can You Buy Apple stocks

Adding Apple to Your Portfolio

If you would like to invest in Apple stock but want to avoid the risk of linking all your funds on the fate of a single company, you could invest in shares of a tech ETF instead. Such Tech ETFs hold large holdings in Apple stocks, while at the same time also retain shares of other major tech giants. By investing in a technology ETF you can have both an increased exposure to Apple, while also being able to quickly diversify your portfolio.

Risks of Investing in Apple stocks

There is no guarantee that you will make a profit when you invest in Apple. However, to give yourself the best chance possible we have hand-picked the three most valuable such strategies, which you can find below: 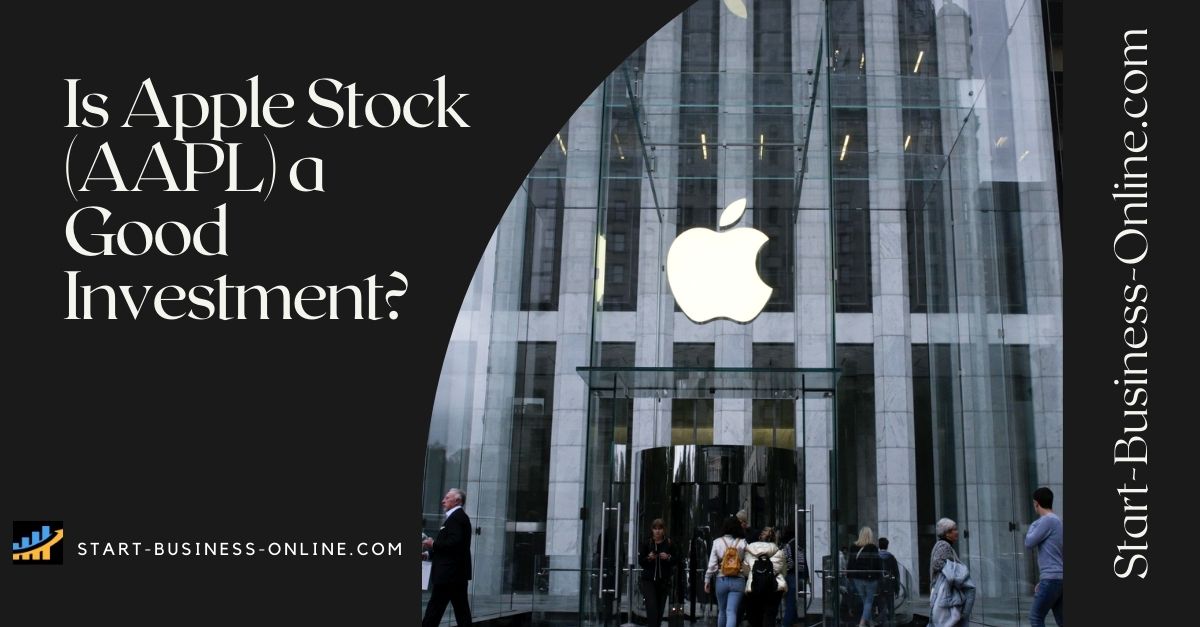 It's impossible to predict exactly what the Apple's stock price will be in the next five years, however one could safely expect it to be outperforming the S&P 500 by a significant margin. This is based on the fact that Apple’s core businesses show resilience and are still strong, while it has plenty of new products or advancements to current products in the pipeline. In a nutshell, and though it is very possible that the Apple stock price might face some swings, even big ones, it is almost certain that investors already holding Apple stocks can expect good rewards in the next five years.

We wouldn’t want to give a straightforward answer to this question, but can use the words of the online investing service, Motley Fool Stock Advisor, which has a long and proven successful track record when it comes to the stock market, and whose recently released list of the 10 best stocks to invest in right now, does not include Apple. Of course, the decision is always down to the individual investor and what best serves and suits their own needs and aspirations.

In this guide, the aim wasn’t only to answer simple questions like “how to buy Apple ?” or “where to buy Apple ?”. Instead, the goal was to equip you with the relevant knowledge and insight to be able to see and understand the bigger picture as well as make your Apple investment journey as successful and as profitable as possible!

Where would you be today if you had bought Apple stock back in 1997?

In 1997, some 34 years ago, Apple stocks were trading at the low price of $3.56 a share. Thus, if an investor purchased $1,000 worth of Apple shares back then, that investment today would be worth an impressive $632,000. This is indicative of the huge return for investors who had the patience to be holding on Apple stock for a long time.

What will the Apple stock be worth in 10 years?

The spectacular rise in the price of the Apple share that was recorded in the past years is highly unlikely to be repeated in the future to such an extent. Thus, if one attempts to make prediction about where the price will be in the long-term, say ten years from now, the forecasted price would be somewhere between $150 and $200.

What is the best way to buy Apple stocks?

What is Apple shares price prediction for the year 2021?

What will be the Apple shares price prediction for 2022?

Yes, the price of Apple can reach $1000. If the stock market rebounds and Apple shares reaches new highs, there is potential for it to reach the $1000 level later this decade, according to some forecasts. But if Apple shares that are currently at $142.09 with a daily trading volume of $140814796 is unable to break through resistance it could retreat and fail to meet that level.
By trading with securities you are taking a high degree of risk. You can lose all of your invested money. You should start trading only if you are aware of this risk. All the opinions expressed on our site by individual author is solely their own and does necessarily represent or correspond to the views of the site’s management. No information or opinion contained on this site should be taken as a solicitation or offer to buy or sell any currency, equity or other financial instruments or services.